Our luggage insurance - the travel protection for your luggage

With our luggage insurance, your luggage is optimally covered in the event of loss or damage during your trip and you can enjoy it without any worries!

As the term makes clear, it is an insurance around the travel and the associated luggage. There is no question that luggage insurance for luggage makes sense. This applies both to holiday travel and to the businessman who travels a lot. On the one hand, the luggage has a financial value usually in the four-digit range. On the other hand, every single piece of the carefully assembled luggage is urgently needed during the trip. If it is not available, then it must be possible to obtain a replacement quickly and easily, and as cost-neutrally as possible. For this purpose, the luggage must be insured in accordance with its value.

Why is luggage insurance worthwhile?

Luggage insurance is especially useful for things with high value if, for example, the expensive camera, laptop, tablet or other expensive electronic devices are included as luggage on the holiday trip. Of course, this also applies to other high-priced items that should also be covered with luggage insurance , such as art or jewellery, etc. - no matter whether you have planned your trip by plane, train or otherwise. Highly recommended for musicians with expensive instruments as well.

Therefore, it makes sense to take out luggage insurance for luggage on all journeys in order to cover the financial consequences of damage at a reasonable price.

The insured event: what does the luggage insurance pay?

In the insured event, the insurance covers the loss of and damage to luggage. This may have been checked in or carried personally. Another insured event is the delayed arrival of the separately checked-in luggage at the destination of the trip. In this case, the benefit case relates to the reimbursement of the costs for replacement purchases evidenced by receipts.

is as helpful as it is necessary. The luggage travel insurance is insured depending upon offerer person-referred or in a total sum. Here as there, luggage insurance is limited to a maximum amount.

► You can find examples of cases of damage here

You can conveniently choose baggage insurance from Bernhard as an additional package in connection with the international health insurance.

The individual luggage insurance is a special coverage for your luggage with worldwide validity and a term of up to 365 days. Particularly recommended as insurance to supplement  annual travel insurance for holiday trips and business trips.

When does the luggage insurance take effect?

In the language of the insurer, this is referred to as an insured event. Depending on the provider and the contract, the insurance takes effect in case of loss as well as damage of the luggage. This may have been checked in or carried personally. Another insured event is the delayed arrival of the separately checked-in luggage at the destination. In this case, the benefit case refers to the reimbursement of the costs for replacement purchases evidenced by receipts. Also insured are the necessary expenses for the recovery of the lost luggage. For luggage insurance, the principle applies that everything, but only that which is included in the insurance contract is insured. Or, to put it the other way round: what is not in the contract is not insured and not a claim. Against this background, a luggage insurance comparison is as helpful as it is necessary. When concluding a contract, you not only have to pay attention to exclusions of benefits, but also to all eventualities and possibilities that are not even mentioned.

What do I have to consider if I want to insure my luggage?

Each insurer is free to decide how they want to go about insuring luggage in detail. This is the main reason for a more detailed luggage insurance comparison. The general terms and conditions belong to every insurance contract, and in addition, in travel law, often a supplementary tariff overview. The luggage can be insured alternatively with and without excess (SB) per case of damage. With a deductible, the insurance premium is reduced because the insurer's risk of claim is correspondingly lower. The claim should be reported very promptly; with today's communication possibilities this is no problem, even worldwide. The insurer expects the injured party to submit original receipts in order to reimburse the loss incurred in the event of a claim. This applies in particular to the replacement purchase for luggage that arrives significantly late or not at all at the destination/holiday destination.

The insured person must actively cooperate and document the claim in a way that is comprehensible to the insurer. Generally speaking, notebooks, cameras and video cameras and their accessories are only insured up to half of the sum insured, while cash is not insured at all or only to a very limited extent.

What to do if the luggage is lost, damaged or stolen?

In this precarious situation, the insurer must be informed of the claim as soon as possible. The insurer then checks whether the claim is an insured event. If so, then the injured party is on the safe side. The A&O is the direct contact to the insurer. The injured party should be aware that he has to substantiate his claim, in case of doubt he has to prove it.

In the case of robbery or theft, depending on the amount of the insured event, the submission of a police report is expected. Each insurance company offers its own individual claims service. The spectrum ranges from 24h telephone support or online claims reporting to online chat. The potential policyholder can get more detailed information in a luggage insurance test online or offline.

It is also expected to submit a confirmation of damage from the airline or the airport operator at the place of damage. Each insurer has a claim form available both online and in print. If the insurance policy is one of the travel documents in the hand luggage, then it is immediately available with all the necessary information in the event of a claim.

Is the luggage insured when flying?

Please read our claim examples 2 and 3 on the subject of baggage on flights.

Example 1: Burglary in vacation apartment
During the stay in a rented holiday apartment, the luggage has been partially stolen and damaged by the crime of burglary. The holiday home was properly locked during the absence of the holiday guests. On return from an excursion, the floor door had been broken open, the holiday home ransacked to the point of being ransacked and the luggage both stolen and damaged. This is a typical benefit case for the insurer because it is the criminal act of a third party. A prerequisite for the benefit case is that a criminal report is filed with the local police station. The offence is logged and prosecuted under the relevant file number. This police report is the basis for the settlement of the claim for damages with the insurer. Whether cash or personal jewellery is also insured can be seen from the individual insurance policy.

Example 2: Flight luggage not at destination
The luggage checked in separately as airline luggage does not reach its destination at all, in contrast to the airline passenger. The suitcase is gone! For countries within the European Union as well as for countries as a member of the Montreal Convention, the booked airline pays a lump-sum compensation of 1,000 SDRs as an interstate artificial currency; this corresponds approximately to the amount of 1,400 Euros. In all other cases, the passenger comes away empty-handed unless he has insured his luggage himself. Anyone who meets this fate at the baggage carousel in the arrivals hall needs help. His contact is the airline, which must confirm the loss of his luggage in writing. This confirmation is the basis for the insurer's claim. Such a situation always hits the passenger completely unexpectedly. Although he does not have to prepare for it, he should nevertheless reckon with the possibility inside.

Example 3: Flight luggage not at destination - replacement purchase
On arrival at the holiday destination, the stay begins without the luggage because it does not turn up even after a long wait at the baggage carousel of the airport. Hope rests on the next plane the next day. Until then, more than twelve hours pass. If the luggage is delivered complete and undamaged, then this is an insured event due to the delayed arrival of the luggage. For this period of one day with one night, the insured person is entitled to be provided with necessary replacement purchases up to a maximum amount. This is either in the policy of the luggage insurance, in the fine print or in the terms and conditions. With one insurer it is 250 euros, with the other hundred euros more. Everything must, as they say, be neatly documented and proven with original purchase receipts. Whether the insurer also reimburses the foreign currency fee of the credit card statement is then more a question of goodwill. 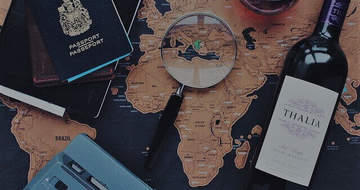 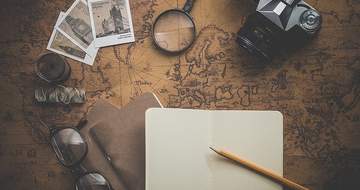 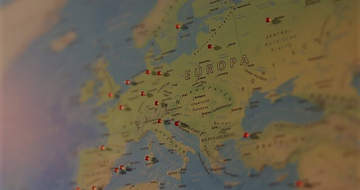